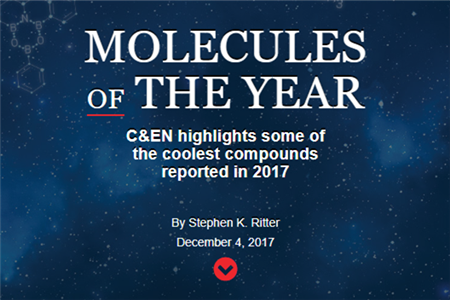 Arabinogalactan, a polysaccharide synthesized by the group led by Prof Ye Xinshan of PUHSC State Key Laboratory of Natural and Biomemetic Drugs (SKLNBD), was voted to the top in the 2017 nomination of Molecules of the Year organized by Chemical & Engineering News (C&EN). This molecule is so far the biggest and most complex polysaccharide ever synthesized (Nat. Commun., 2017, 8, 14851). 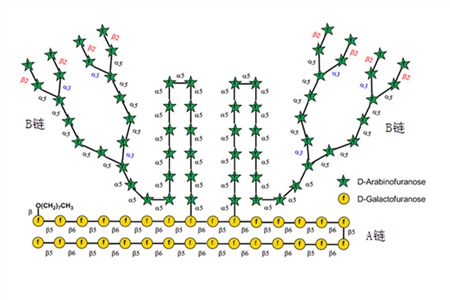 A total of 7 molecules involving 9 international research groups were nominated, and after voting by the readership of C&EN, Arabinogalactan emerged to the top and became truly Molecule of the Year (see http://cen.acs.org/articles/95/i49/molecules-of-the-year-2017.html). It is the first molecule synthesized by a Chinese group that has been nominated in this event.