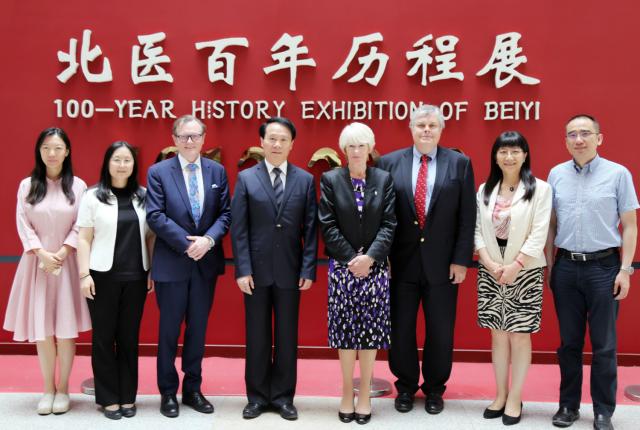 During the talks, president ZHAN Qimin spoke highly of the existing cooperation between the two sides, especially the first "China-UK International Clinical Genomics Training Workshop", which was well received by clinicians. ZHAN Qimin also briefed the delegation on the development strategies of Peking University Medical Sciences and the +X development plans for clinical medicine. President Rothwell said that, University of Manchester is also committed to promoting the interdisciplinary convergence of medical sciences with other frontier advanced disciplines, and University of Manchester and PKUHSC can complement each other’s strengths through cooperation.

The two sides also explored the possibility of expanding cooperation in cancer research, medical imaging, bio-engineering and other fields while strengthening the previous cooperation in genetics, and the possibility of combining the development of medical sciences with bioinformatics, big data and material science. In addition, the two sides had discussions on various ways of cooperation such as increasing student exchange programs and MD-PhD projects.