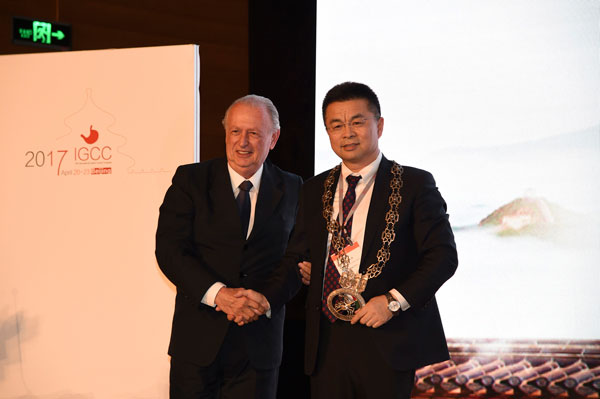 On Jun 6, 2015, Prof Ji Jiafu received the association flag from the then President Bruno Zilberstein of IGCA, which officially made China the host country of the 12th IGCC. It was the first time for our country to organize a conference at the world’s highest level in the field of gastric cancer, which indicates that our endeavors in the diagnosis and treatment of gastric cancer has been acknowledged by peer professionals from around the world.