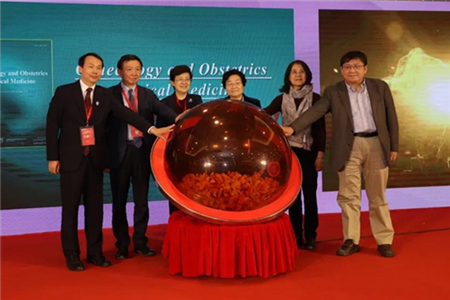 The new journal, published by Elsevier and KeAi in the English language, features a prestigious editorial board headed by Vice President Wang Jianliu of the PUPH, with five honorary editors-in-chief, six associate editors, 39 standing members, and 16 reviewers.

In her remarks at the launching ceremony, Executive Vice President Qiao Jie of the PUHSC highlighted the journal’s role as a platform for both domestic exchange and international recognition.

For his part, Editor-in-Chief Wang Jianliu committed his team to the highest standards. He said the newly launched journal would promote research in the field through multidisciplinary focus on disease prevention and control along with other heated topics.