A research group led by Dr. Ji Linong of Peking University People’s Hospital recently had an article published on The Lancet Diabetes & Endocrinology. In the article titled “Novel subgroups of patients with adult-onset diabetes in Chinese and US populations”, the authors confirmed the five exclusive diabetes subgroups identified previously in northern European studies were also relevant in Chinese and American populations.

The study involved 2316 Chinese participants and 815 Americans who had been newly diagnosed with diabetes. The participants were clustered with k-means analysis into four groups. Both Chinese and American participants in the four clusters recapitulated the basic phenotypes of the clusters observed in earlier European studies, suggesting a possible generalizability of this European-oriented diabetes classification in different ethnicities and populations. The finding is thought to be a step forward toward precision medicine in diabetes treatment. 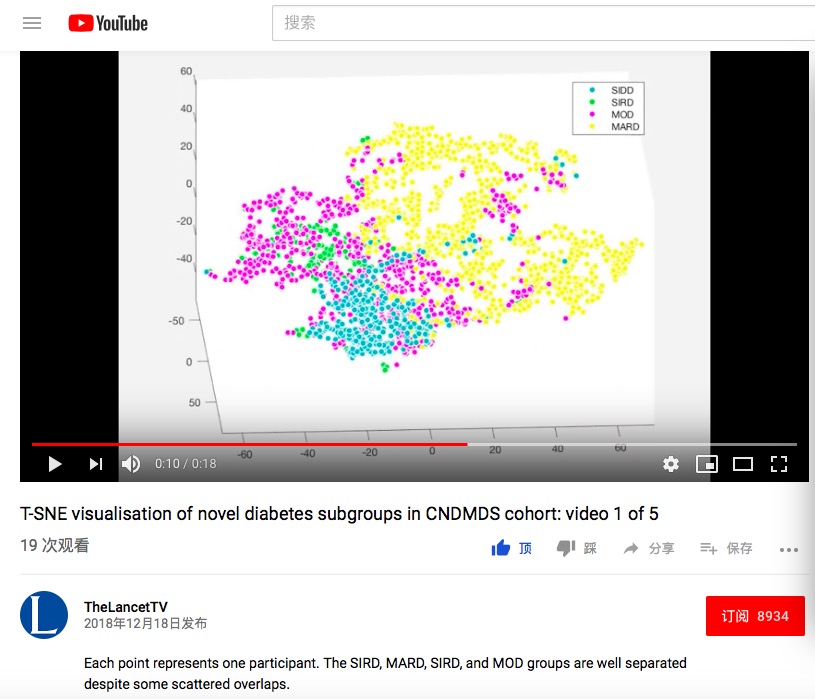 A highlight of the study is that T-distributed Stochastic Neighbor Embedding (t-SNE) was adopted to visualize how the proposed clusters were truly intrinsically different subgroups. A video that explains the findings of the article was available on the Youtube Lancet TV.