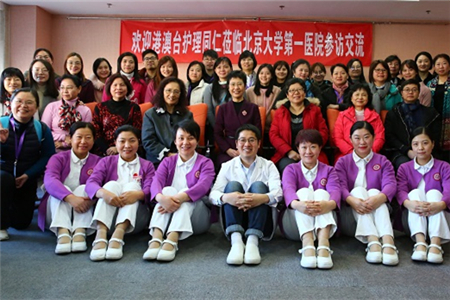 The reception meeting started with a cup of ginger tea. Director Ding Yanming talked about the long history of the relations between nurses from across the straight, Hong Kong, and Macau. He also mentioned that in the recent ten years PKUFH Nursing Department has organized several groups of nurses for training programs in Hong Kong, Macau and Taiwan, which have benefited and promoted the nursing work at PKUFH.