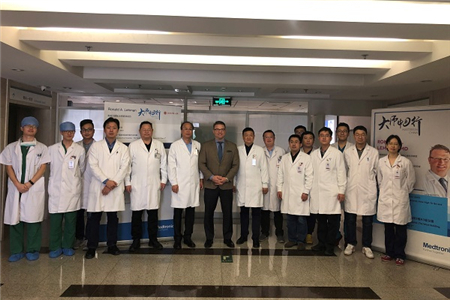 In the meeting, Professor Lehman made a detailed introduction to the three column osteotomies (3CO) in spine and the prevention and treatment of Proximal Junction Kyphosis (PJK), the common complication after spine orthopedics. Professor Lehman showed the application of 3CO and the technique of revision surgery of PJK with several complex cases and video clips, and then heated discussions ensued among the doctors.

Afterwards, Wang Yu, Associate Chief Physician from PKUFH, shared a case where head cycle traction was applied together with orthopedics to treat severe spine deformity, which was highly praised by Professor Lehman