The Delegation led by Kamran Abbasi the Executive Editor from the British Medical Journal (BMJ) visited Peking University Third Hospital on the afternoon of November 7. He was accompanied by Kong Yuyan, the BMJ China Managing Director, Yin Daoxin, the BMJ China Editor, and Zhao Yang, the BMJ China Publisher. Qiao Jie, President of PKUTH, and deans and experts from the hospital’s Office of Scientific Research, Research Center for Clinical Epidemiology, Center for Information Management and Big Data, and Reproductive Medicine Center attended the exchange meeting. 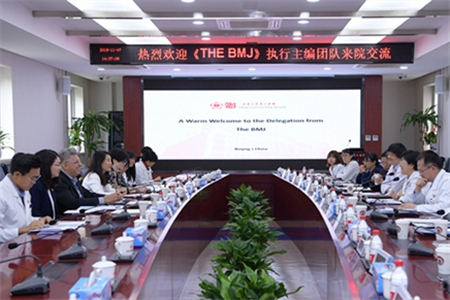 The BMJ is affiliated to the British Medical Association and has a history of more than 170 years. In 2016, PKUTH signed a cooperation agreement with the BMJ to introduce its Best Practice, the supporting system of clinical decision in evidence-based medicine, so as to provide efficient quality online information for the diagnosis and treatment decisions made by PKUTH’s clinical doctors. 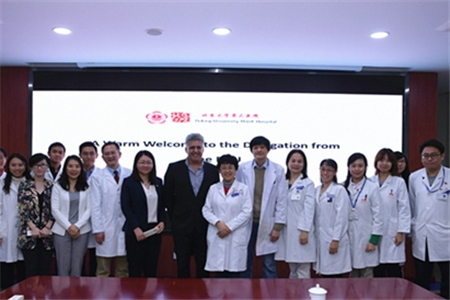