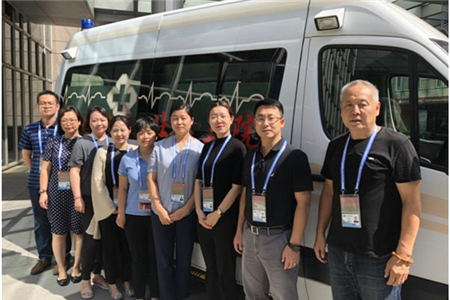 During the 2018 Beijing Summit of the Forum on China-Africa Cooperation (FOCAC), Peking University Third Hospital (PUTH) provided medical standby services to the delegations from Senegal, Comoros and the United Nations between August 31 and September 5.

During its watch, the PUTH team received 14 visits, including 2 foreign patients, referred one case to Beijing Ditan Hospital, and followed up on all the cases.