VHL disease is a rare hereditary cancer syndrome that affects the kidney, the central nervous system, the eyes, the pancreas and several other organs. With support from PKUFH’s Research Center for Hereditary Kidney Cancer, Professor Gong Kan team carried out the largest-scale prognostic study of VHL. They made clear for the first time that the median survival of Chinese patients with VHL disease was 62 years for males and 69 for females and proved that an early-onset age and positive family history were the independent risk factors for patients’ prognosis. The research has laid a theoretical foundation for genetic counseling and the drafting of screening guide for VHL disease. At the same time, Professor Gong Kan team’s new theory of genotype-phenotype correlation provides reference for individualized screenings of patients with VHL disease and the making of diagnostic and therapeutic decisions, and new ideas for pathogenesis studies of VHL disease-related tumors. 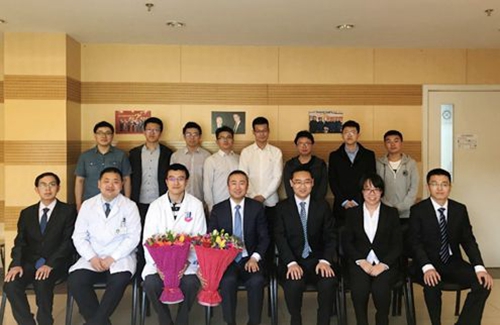 Professor Gong Kan and his team