On June 25, 2018, a delegation led by professor Jeffrey Drazen, chief editor of the New England Journal of Medicine (NEJM), and Professor XIAO Ruiping, deputy chief editor of NEJM and executive editor of NEJM Medical Frontier, and director of the Institute of Molecular Medicine, Peking University, visited Peking University Health Science Center (PKUHSC) and jointly held with PKUHSC medical experts the symposium on the frontiers of precision medicine. More than 50 experts from PKUHSC and other famous hospitals and medical groups both at home and abroad were present at the symposium. 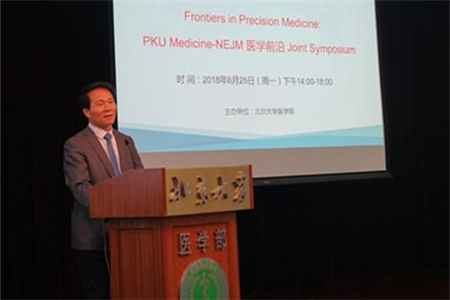 PKU executive vice president and PKUHSC president, academician ZHAN Qimin, made an opening speech, in which he introduced the "Healthy China 2030" Strategy and pointed out that, based on interdisciplinary and multi- disciplinary cooperation, China's precision medicine has made huge progress in many aspects such as disease mechanism research, early diagnosis, targeted therapy, molecular typing, and population-based studies, which will significantly promote the development of personalized health care, including the development of disease prevention, diagnosis and treatment.

Professor Jeffrey Drazen introduced the NEJM team's understanding of the application of precision medicine in clinical research. He pointed out that NEJM team is more concerned about such issues as whether precision medicine can effectively improve the curative effect of major diseases, and how to reduce the burden of medical care, and how to find therapeutic targets within the affordable price range. 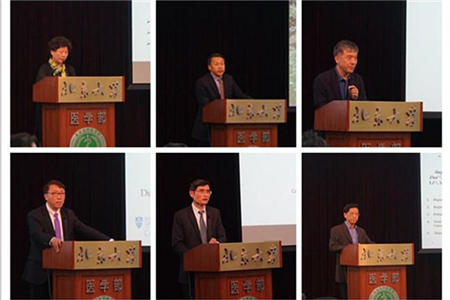 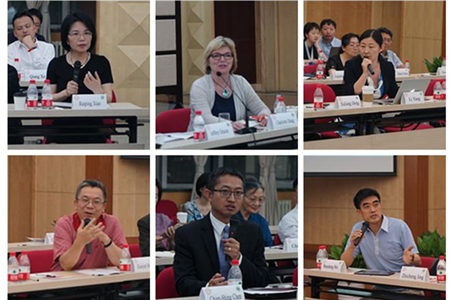 Finally, professor XIAO Ruiping and academician Zhan Qimin made concluding remarks respectively. They both expressed the wish to see more frequent exchanges and cooperation between PKU medical team and the NEJM team in the future.