Peking University Health Science Center (PUHSC)-affiliated hospitals received a letter of appreciation from the National Health Commission (NHC) on May 20, in which the NHC commended the PUHSC for dispatching medical professionals to join the health emergency response after a traffic accident in North Korea.

The accident occurred on the night of April 22 in North Hwanghae province, and Chinese tourists were among the casualties. The NHC was highly concerned and immediately activated its health emergency response mechanism. Peking University People’s Hospital sent its Chief of thoracic surgery, Dr. Zhao Hui, to the DPRK on the 23rd to join the local relief efforts, and after the injured were transferred back to China, Dr. Zhang Xiansheng of Peking University First Hospital and Dr. Liu Zhongjun of Peking University Third Hospital joined the consultation at the First Hospital of China Medical University. 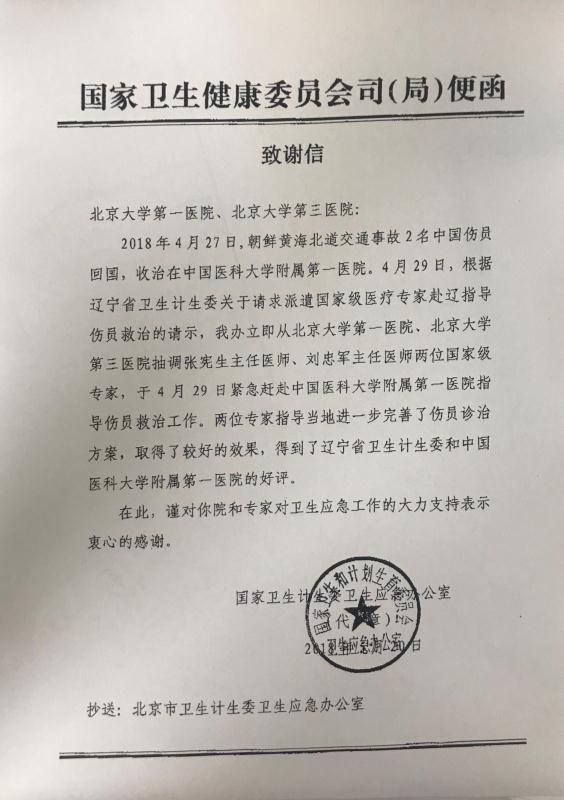