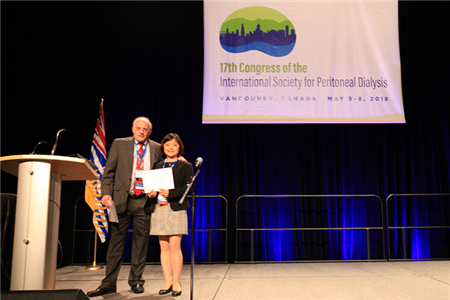 On May 5, 2018, the opening and awarding ceremony of the 17th Congress of the International Society for Peritoneal Dialysis (ISPD) was held in Vancouver, Canada. Professor Dong Jie from Peking University First Hospital was given the John Maher Award for Youth with Outstanding Contribution. The award is particularly designed for young people under 45 years old who have made outstanding contribution in the field of peritoneal dialysis, and it has been given to one awardee every three or two years since 1995, which made Professor Dong Jie the 11th scholar awarded such title. Issac Teitelbaum, Chair of ISPD, presented the certificate and the money award to Professor Dong Jie, who later delivered a speech titled “Make Peritoneal Dialysis Easier.”

Professor Dong Jie studied under Professor Wang Haiyan, “Mother of China Nephrology”, and finished the strict medical training at Peking University Health Science Center. The peritoneal dialysis (PD) clean bin designed by her team has won five patents for utility model and one patent of invention. And they have successfully realized the patent transformation of the PD clean bin, which paved the way for the industrial product registration and promotion. In 2015, inheriting the will of Professor Wang Haiyan, Professor Dong and her team developed together with Manbu Medical Network Technology a set of PD Telemedicine and Administration Platform (PD-TAP), which created a favorable condition for the implementation of PD hierarchical medical system in our country. The PD-TAP is so advanced and practical that within three years of application, it has been spread to 75 hospitals in 47 cities, serving over ten thousand Chinese PD patients. And the national-level cohort big data established by the Platform will lay the foundation for the application of artificial intelligence in PD. Presently, with the collaborative effort by all the medical staff of PD-TAP, China has pioneered in PD telemedicine administration. 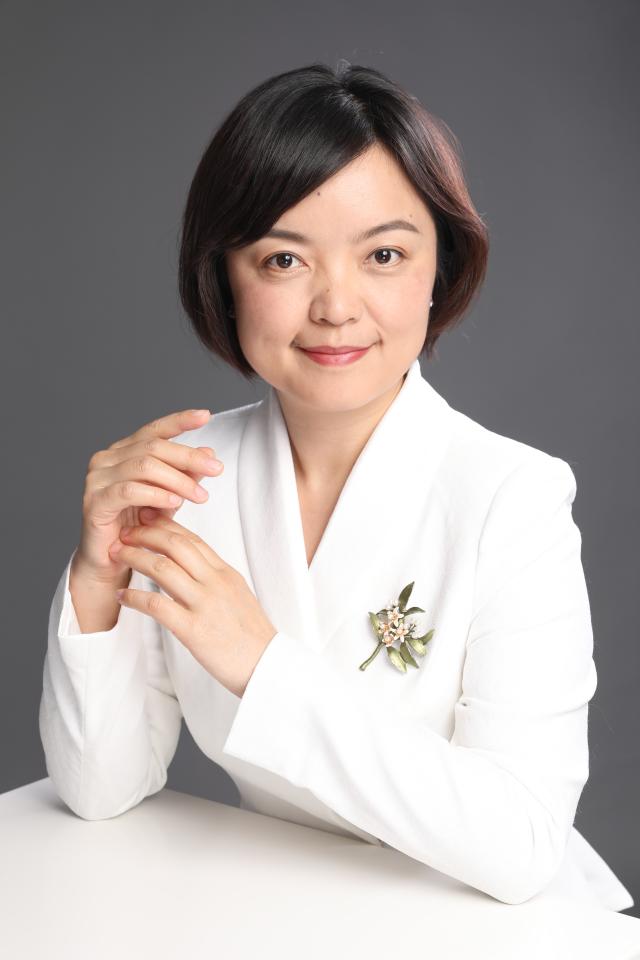 After the award ceremony, Professor Dong Jie said that she would continue to pursue the ideal peritoneal dialysis therapy so as to make the life of uremic patients as close as possible to a normal one.