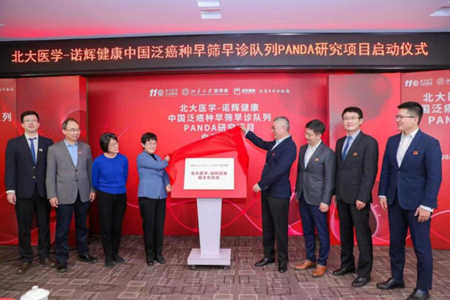 A new cohort study that explores screening methods for multiple types of cancer was launched on the afternoon of November 1. The PANDA study (Pan-cancer Early Detection in China) was a joint undertaking by Peking University Health Science Center (PKUHSC) and New Horizon Health. The joint laboratory was inaugurated on the same day. 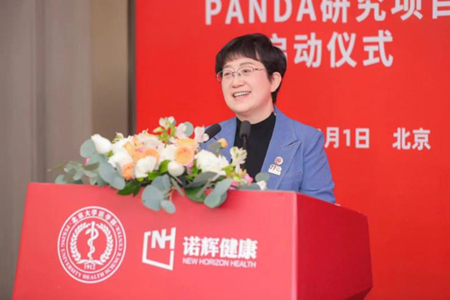 In her remarks at the roll-out ceremony, Prof. Qiao Jie, President of the PKUHSC, said the joint laboratory of the PANDA study would attract an ace team in R&D, which would contribute to the prevention and control of prevalent cancer in China through meticulously designed and executed clinical trials. 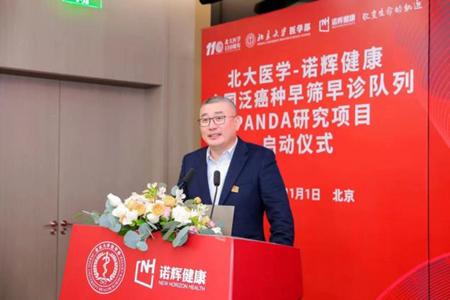 Mr. Zhu Yeqing, President and CEO of New Horizon Health, along with two other cofounders of the company, was an alumnus of the Peking University School of Life Sciences. He called this cooperation both a gift to the 110th anniversary of PKU Medicine and a tribute to the innovative spirit of PKUers. He expressed confidence in the technical path taken by the PANDA study.

The PANDA study would have Prof. Qiao as its Principal Investigator (PI) and the PKUHSC-affiliated hospitals as its sites. The 6-year study would enroll 50 thousand subjects to verify the effectiveness of multi-omics molecular markers obtained through liquid biopsy in pan-cancer early detection as opposed to conventional methods based on plasma cell-free DNA methylation. The targets would include over 20 prevalent types of cancer in China, 15 of which currently have no guideline-recommended screening methods.