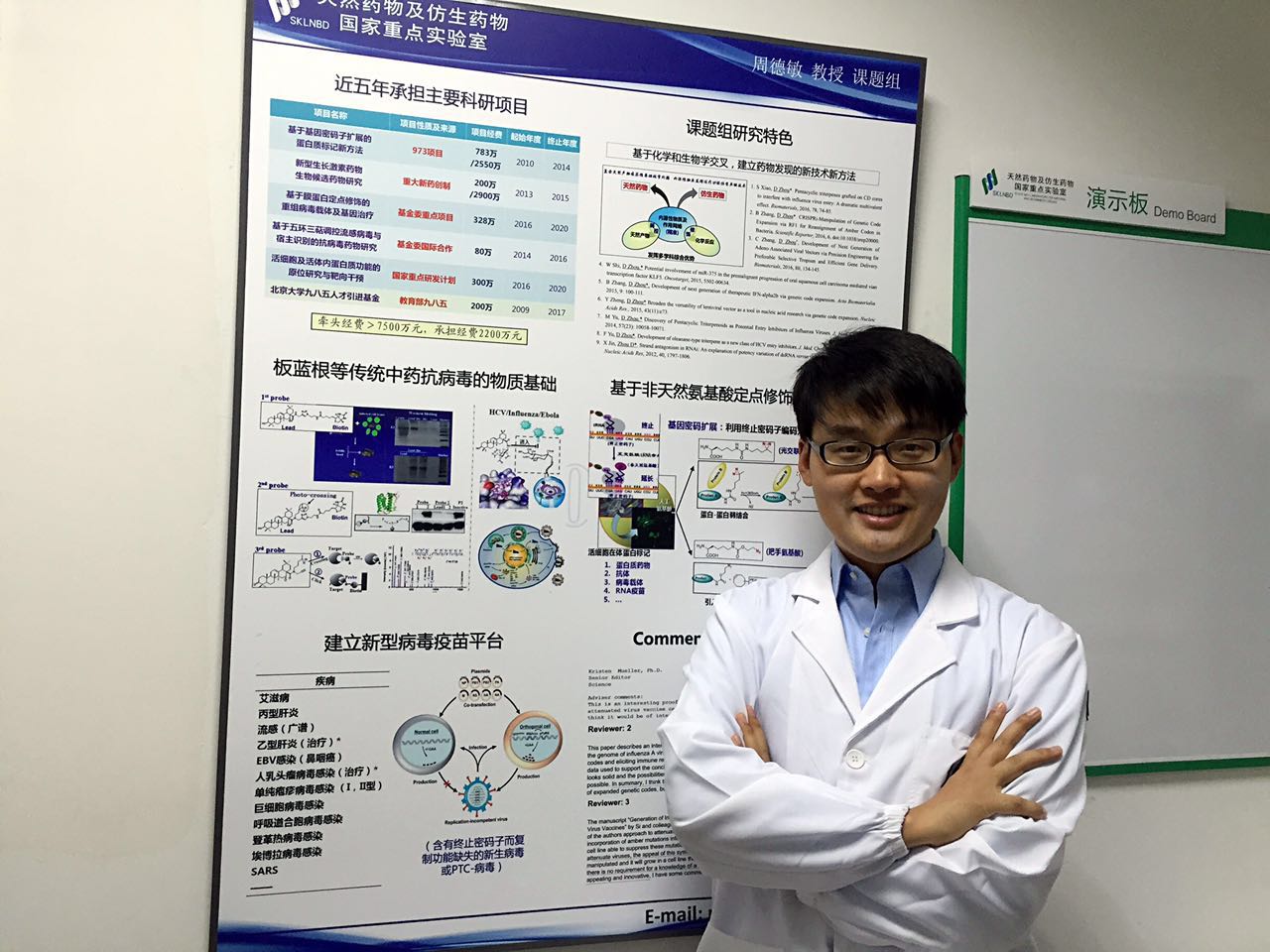 On May 4, 2017, PhD student of School of Pharmacology of PKUHSC Si Longlong successfully won the 12th award of "Chinese University student of the year", which made him the first person at PKUHSC to have won this award since the initiation of this contest in 2006.

It is reported that SI Longlong has won many outstanding prizes such as the national scholarship for graduate students, Peking University Academic Innovation award, First Prize of PKUHSC "Academic Star", and so on. In 2016, under the guidance of his supervisor Prof. ZHOU Demin, based on the gene codon, choosing flu virus as a starting point, SI Longlong invented a technology to control the reproduction of the virus so that the virus can be transformed into vaccines. His invention is expected to subvert the virus vaccine research methods, help accomplish virus vaccine innovation and open a new starting point for future vaccine medicine. In the light of subversion and creativity, on Dec. 2, his research paper was published in the world top academic journal--- Science. The journal also presented his paper to the media worldwide, and a number of news media made special comments on this important discovery.