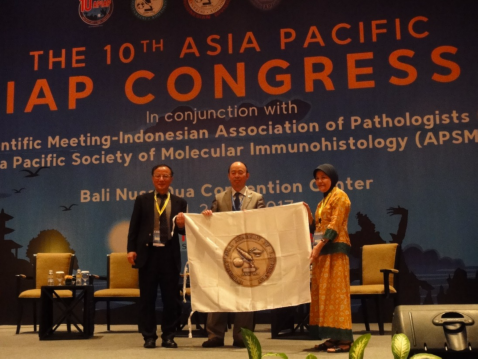 It is reported that representatives from PKUHSC Department of Pathology of IAP China earned the right at the 9th IAP conference to host the 2019 11th Asian-Pacific conference of pathology. At the closing ceremony of this session, Prof. FANG Weigang and Prof.r ZHANG Jing took over the APIAP flag of the host country on behalf of CIAP. The IAP academic conference will be held again in China, which will closely connect Chinese pathologists with the international counterparts and create a valuable opportunity for the world to understand the rapid development of Chinese pathology.