The nursing team led by Ding Yanming at Peking University First Hospital (PUFH) received first prize of the 7th Chinese Nursing Association Science and Technology Award for their project titled “institution-hospital collaboration in promoting bench-to-bedside research”. The winning list for the award was announced on the 11th annual conference of the Chinese Nursing Association. 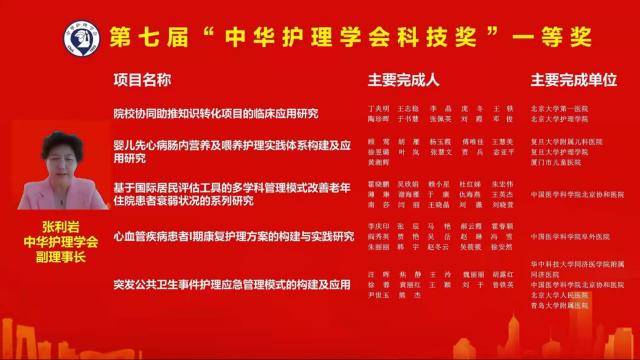 Deriving from the disciplinary development of the PUFH nursing department in its pursuit of evidence-based nursing, the project was their second prize-winning project in the same award. In 2011, they received first prize of the 2nd Chinese Nursing Association Science and Technology Award for their research series in a nurse-led model for quality improvement of peritoneal dialysis.