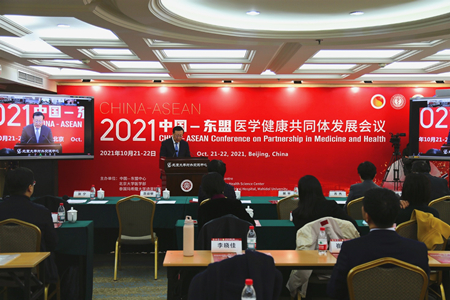 The opening ceremony of the 2021 China-ASEAN Conference on Partnership in Medicine and Health was held at Peking University (PKU) on the morning of October 21. The conference, cohosted by the PKU, the ASEAN-China Center (ACC) and the Faculty of Medicine Siriraj Hospital of Mahidol University, was also the General Assembly of the China-ASEAN University Consortium on Medicine and Health, which convened an online audience from its 21 Chinese members and 22 ASEAN members.

The opening ceremony featured remarks by President Hao Ping of the PKU, Director-General Liu Jin of International Cooperation and Exchanges at the Chinese Ministry of Education, President Qiao Jie of Peking University Health Science Center, Chinese Co-Chair Zhan Qimin of the consortium, Director Wang Hongliu of General Affairs and Coordination at the ACC, ASEAN Co-Chair Prasit Watanapa of the consortium, and Vice Dean Lau Tang Ching of the Yong Loo Lin School of Medicine at the National University of Singapore. 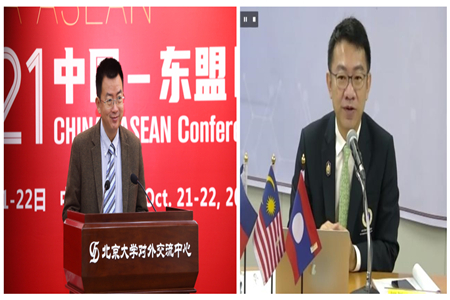 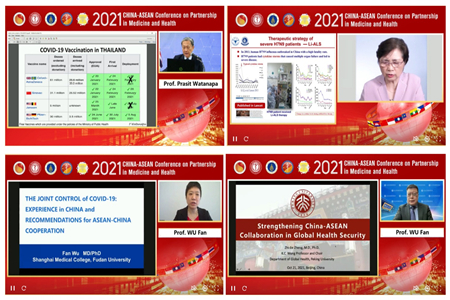 Source: Office of International Cooperation and School of Public Health