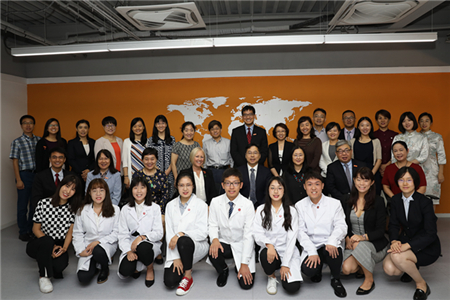 During her remarks at the opening ceremony, Prof. Yan Yanning, Chair of Occupation Therapy at Chinese Association of Rehabilitation Medicine spoke highly of this cooperation. She said the two world-class institutions joining hands were bound to produce the best practitioners in the field, and that occupation therapy in China would thus be put on a fast track in its development.

Executive Vice President Xu Ming of PUHSC Graduate School also recognized in his remarks the significance of this cooperation. He paid tribute to the team members of the program as well as the newly enrolled graduates, and depicted his vision for postgraduate education of occupational therapy both in the PUHSC and in China at large.

The initiation of the joint postgraduate program at the PUHSC is believed to set a benchmark for programs of its kind in this country.