A new study by Prof Qiao Jie and Prof Li Mo of Peking University Third Hospital (PUTH) revealed the role played by poly (ADP-ribose) (PAR) in asymmetric division of mouse oocyte. The study was published online on Cell Research (IF="15.6)" on February 20. 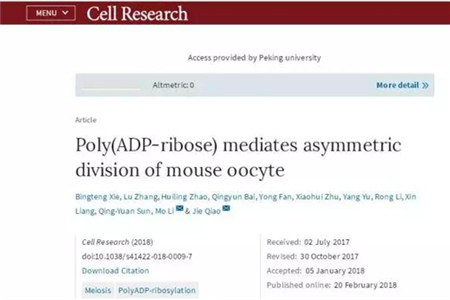 PAR had been thought, over last two decades, to appear and function mainly under conditions of cellular stress such as DNA damage. This new study, however, identified cortical localization of PAR (under cell membrane) under physiological conditions, which functioned not in response to DNA damage. 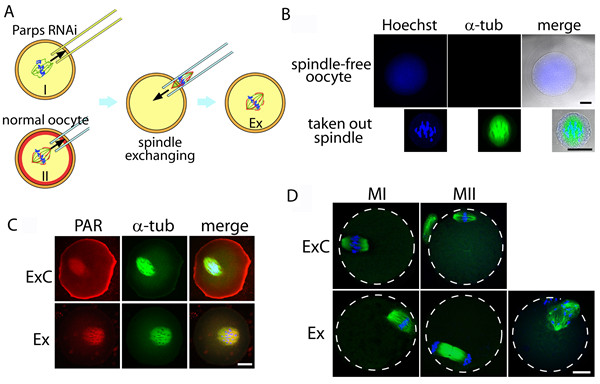 This study was first of its kind that involved PAR in the research of reproductive biology and may provide new strategies for quality assessment of oocyte and genetic intervention to improve success rates of in vitro maturation. 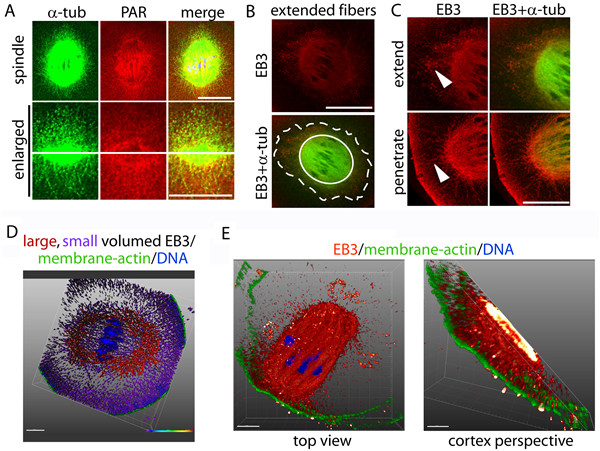