On the morning of January 10, 2018, a delegation of 14 experts from the University of Manchester (UoM) led by Professor Ian Greer, vice president of the university, visited Peking University Health Science Center (PKUHSC) and exchanged ideas on various topics including cancer, big data and Immunomics. At the meeting, ZHAI Suodi, director of Pharmacy of PKU Third Hospital was appointed Honorary Professor of UoM, and Professor Kay Marshall, UoM Dean of School of Medicine and Health awarded the certificate. 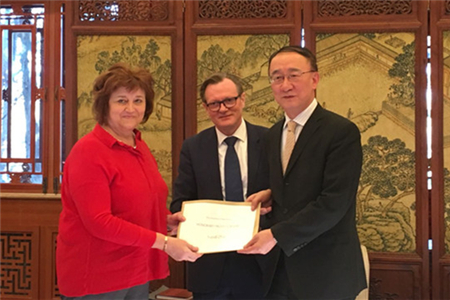 At the Department of Pharmacy of PKU Third Hospital, Professor Kay Marshall, UoM Dean of School of Medicine and Health had an academic exchange with the pharmacy department, stressing the role of the researcher undertaken by pharmacists under the Concept of the Eight Star Pharmacist proposed by International Pharmaceutical Federation (FIP). After that, the two sides held discussions on further confirmation and implementation of student exchange, student rotation, international courses, academic visits and exchanges. 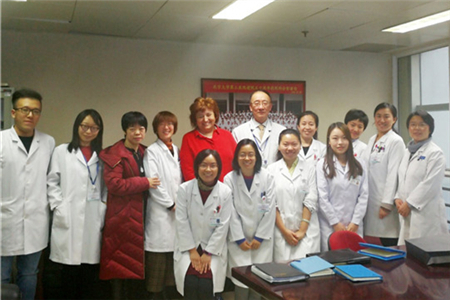