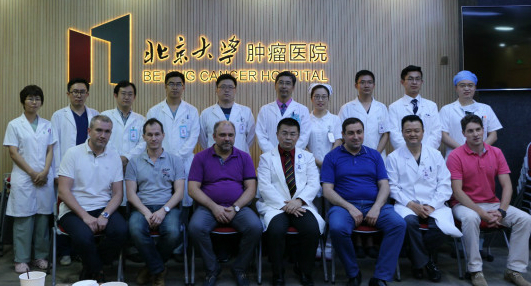 From June 5th to 7th, 2017, “the Second COE International Exchange--- Laparoscopic Colorectal Cancer, Russia" was successfully held at the 4th ward area of the gastrointestinal cancer center of Peking University Cancer Hospital. Four gastrointestinal cancer experts from Novgorod, Perm, Nalchik and other places in Russia came to China and had three days of operation observation and exchanges with the team led by Professor SU Xiangqian, Ward Director of Peking University Cancer Hospital. 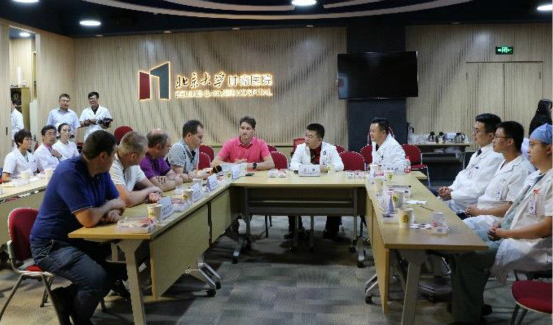 It is reported that this second consecutive year of the "COE International Exchange, Russia” has greatly expanded the deep cooperation and clinical exchanges between China and Russia --- the two important strategic partners of “the Belt and Road” and friendly neighbors separated only by a narrow strip of water. Meanwhile, the continuation and success of such exchanges also marks a worldwide recognition for Chinese gastrointestinal cancer experts and our academic levels in medical care. 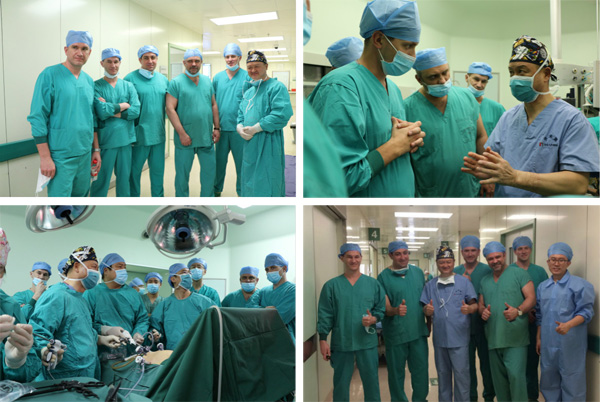