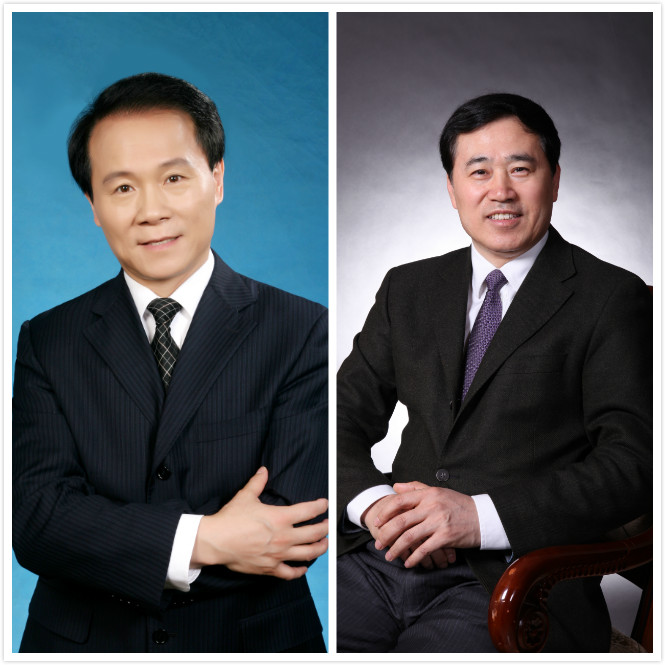 Time flies and things change to be more active and alive. On the threshold of 2018, on behalf of the faculty and staff of Peking University Health Science Center, we’d like to extend cordial greetings and wishes for the New Year to the students who diligently strive on the road to knowledge, the medical workers who provide health care, the respectable retired seniors, the alumni who have always been concerned about the Alma Mater, and the leaders, our fellow professionals, and friends from all walks of life who care about and support the development of PKUHSC.

The year of 2017 was remarkably significant for the cause of the Communist Party of China (CPC) and our nation. The 19th National Congress of CPC was held successfully and from the overall and strategic perspective, it proposed new requirements, new directions, and new motivations for the various undertakings of the CPC and the nation. The year of 2017 was also extraordinary for PKUHSC. The convening of PKU’s 13th Congress of Party Representatives and PKUHSC’s 13th Congress of Party Representatives clarified the development strategy, striving objectives, and focal tasks. In retrospect, PKUHSC people have composed a splendid passage of 2017 with their hard work and sweat, from which we can feel the passion and perseverance they have for the common cause of PKU Medicine.

This year, we’ve focused together on the further development of education and teaching reform.

To further integrate medical care and education, we held the PKU Medicine: Education Forum to explore the reform and development of medical education and to establish a good exchange platform for domestic and international medical education. We continued to carry out the discipline accreditation of clinical medicine for medical schools across the country, organizing and completing the accreditation for 73 medical schools, where we fully played the leading role in medical education. Abiding by the rules of medical education and setting the goal of serving national needs, we kept reforming and innovating and have always been at the forefront of exploring medical postgraduate training models that accord with China’s national situations. We have optimized the postgraduate admission structure, innovated the talents selection system, and established the doctoral program of translational medicine academic degree and the talent program of promotion and introduction, so as to attract excellent interdisciplinary talents and to reserve talents for the implementing of the “Double First Class” Initiative. Guided by the social development and talent needs, we’ve furthered the pilot work of comprehensive reform of degrees. We completed the drafting of training programs of doctor of applied public health, doctor of applied pharmaceutics, and master of applied medical techniques. To enhance the process management, we put specialist physician training in full operation, merging the former School of Medical Online Education and the former Center for In-Service Education and Training to Peking University School of Continuing Medical Education, which together with the undergraduate and the postgraduate education forms the complete talent training system of PKU Medicine. To strengthen the military and civilian integration and push forward further collaboration, PKU signed with the 302 Military Hospital of China and put up the plate of PKU 302 Clinical Hospital. 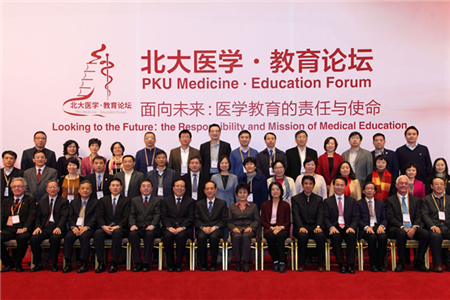 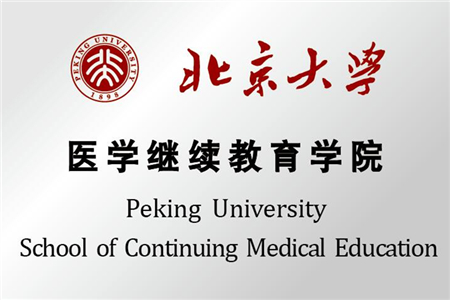 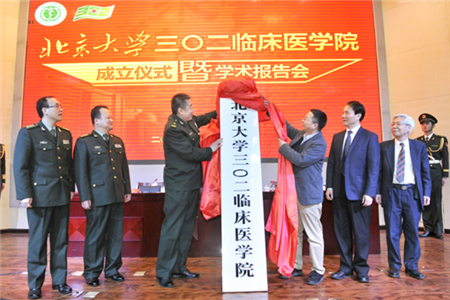 This year, we’ve exerted ourselves together and made extraordinary achievements in scientific and technological innovation.

In all, there were 314 scientific research projects approved through the whole year and the granted funds totaled 378 million yuan. Newly established were one international joint research center for the Ministry of Education and five PKUHSC research institutes. We’ve actively pushed forward application for the National Clinical Medicine Research Center. Key laboratories of various kinds have received favorable appraisals. We had 2273 SCI papers accepted and published, 15 of which were published on world-renowned journals such as The Lancet, JAMA, Cell, and Nature. Awarded the 2nd prizes of “National Science and Technology Advancement Award” were “Invention and Application of Key Techniques of the Prevention and Treatment of Gastric Cancer”, “Establishment and Promotion of Key Techniques of Haploidentical Hematopoietic Stem Cell Transplantation”, and “Study of Gamete Embryo Development and Application of New Methods to Improve Fertility”. “Innovative Technique to Promote Peripheral Nerve Regeneration and Repair and Its Application” won the 1st prize of “China Medical Science and Technology Award”. PKUHSC’s basic medicine, clinical medicine, stomatology, public health and preventive medicine, pharmaceutics, and nursing have been selected as “Double First Class” disciplines, heading the list of universities with selected medical sciences. Several disciplines have been listed among the Top 100 of the QS World University Rankings by Subject. We’ve built platforms for interdisciplinary innovation and development and carried out several projects such as “Clinical Medicine plus X”, “Clinical Summit Project”, “Basic Research Project”, and “Young Talent Platform Establishment”. 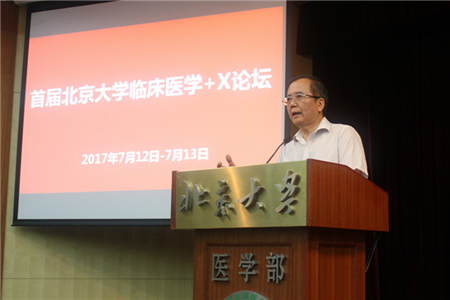 This year, we’ve united our minds together to push forward the steady development of our cause.

To deepen the reform of health care and hygiene cause, we carried out the municipal project of separating health care from medicine in Beijing. We improved the system of general practice, explored the hierarchical medical system, and hence improved the quality of medical services. We strengthened the building of talent team and pushed forward the reform of personnel system. Professor Qiao Jie and Professor Lu Lin were elected academicians respectively of the Chinese Academy of Engineering and the Chinese Academy of Sciences. We’ve also made breakthroughs in the middle-aged and young leading talents and innovation teams in key fields. International exchanges and cooperation have been expanded as well. We’ve further developed exchanges and cooperation with several strategic partners such as Institute of Medicine of University of Michigan, King’s College London, and the University of Manchester. Together with China Medical Board we held the Global Health Forum. Programs of student long and short terms foreign exchanges have been perfected and achievements have been made in the work of overseas students to China so as to serve our nation’s Belt and Road Initiative. With the problem of space settled, the infrastructure construction on campus has been going smoothly: the building of the comprehensive gymnasium, the renovation of the Building of Pharmaceutics, the building of the Center for International Cooperation and Exchange, and the geothermal system project. 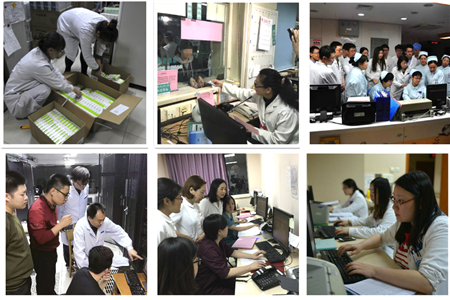 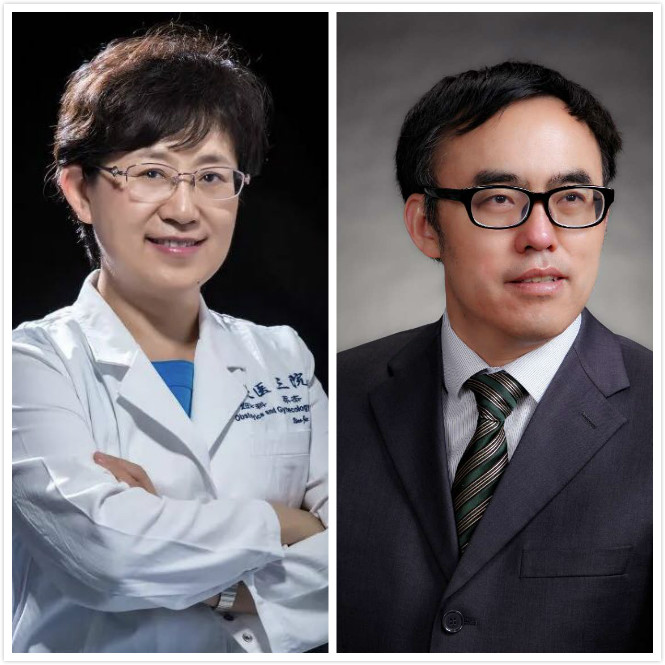 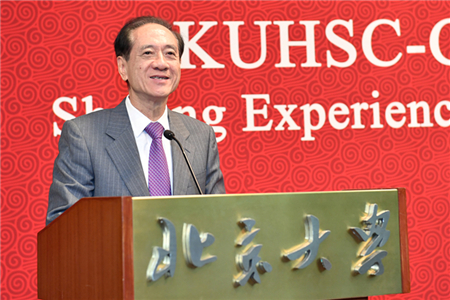 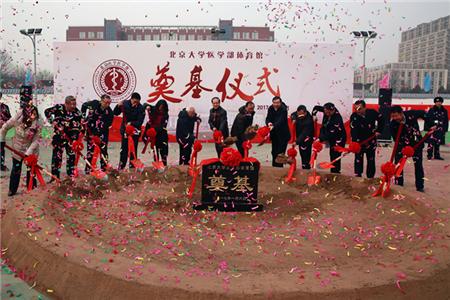 This year, we’ve joined together to strengthen the connotation construction.

We’ve studied and implemented the feedback from CPC Central Committee’s 13th Inspection Team, actively carrying out the rectification plan. We’ve successfully held the PKUHSC’s 13th Congress of Party Representatives, achieving satisfactory results. We’ve implemented the spirit of National Conference of Idea and Politics Work in Universities and Colleges and promoted the connotation development and quality of the idea and politics work. Centering on “Setting Teacher Morality, Building Student Character”, we’ve promoted the education by all staff, from all aspects, and in the whole process. PKUHSC representatives to the National People’s Congress and the Chinese People’s Political Consultative Conference have actively made suggestions and passed on people’s voices to the government. Personnel sent to aid Tibet and Xinjiang have dedicated wholeheartedly to the local medical care. 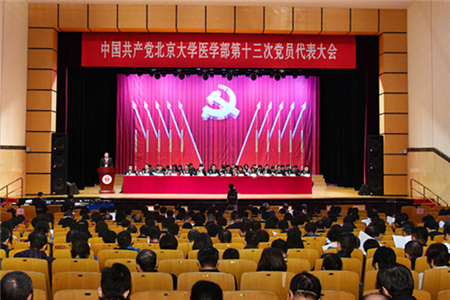 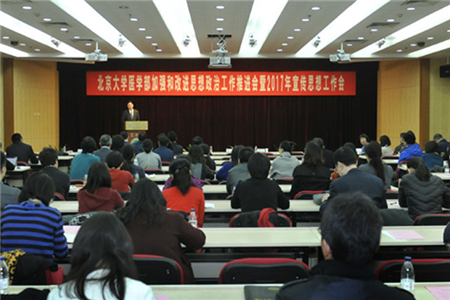 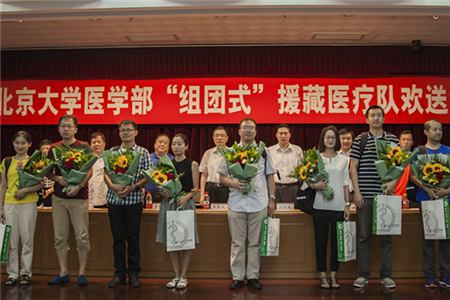 The blueprint of PKU Medicine gradually spreads itself when the new chapter is turned. In the year of 2018, we will set sail again, with new dreams to pursue and more power to strive. In the New Year, we will play stronger notes, ride on momentum, and forge ahead with more determination. We, PKU medical people, will remain true to our original aspiration, keep our mission firmly in mind, pursue the truth with innovation idea, and achieve glory again!

On the occasion of the New Year, we hope you stay healthy, achieve success in study and work, and have all to your wishes!